When you choose organic, you make a decision that starts with you and impacts ultimately on how and whether you live in harmony with our environment.  It is simply a Mindful choice.

We chose from our inception fifteen years ago, to only use organic ingredients, believing that fundamentally that this choice made a huge difference to our own personal health and to that of the planet. We were regarded as revolutionary at that time and ‘extreme green’ but we still believe it’s the right one.  So, here are our top ten reasons to go organic.

Yes that’s right.  It may cheaper and easier in some respects to choose non organic but the simple fact is that it is scientifically proven that organic food IS better for you. It tastes better too!  It is higher in minerals and nutrients and has not been exposed to and absorbed the plethora of pesticides that are used in many farming practices. Numerous scientific studies area available which underpin this which support the improved nutritional levels in organic milk, dairy products, meat, fruit and vegetables.

When you consider the additional cost, consider also the potential cost health wise to you and your family and also the Planet. Our belief is that they may be more expensive, but the additional nutritional value of organic food far outweigh the additional cost.  When you choose organic you choose food and products that are higher in nutrients and lower in cadmium and nitrogen.  The evidence is there to read in the British Journal of Nutrition.

The simple question is:

It doesn’t take a rocket scientist to work out that spraying crops with pesticides and herbicides affects the soil and the air.  It therefore affects us.  If you are asthmatic you will almost certainly be affected when you are in an area where crop spraying has taken place. Not only that, but the use of commonly used pesticides such as GLYPHOSATE (found in Roundup) been linked to potentially irreversible health issues.  And, guess what – 57 million tons of this is used each year! Check out what type of bread you buy as it is predominantly used to protect wheat crops.

Did you know that human waste and sewage is used in non-organic farming?  That means that hormone disruptor, phthalates found in shampoo etc is absorbed by crops where it is used.

There is no long term clinical research which has taken place to ascertain how the use of pesticides will affect our health and the health of the planet long term.  What we do know is that there are less bees, less butterflies and there is more illness.

Did you know that pesticides are hormone disruptors and tamper with body’s natural weight loss ability?  They have been linked to obesity, Diabetes and reduced ability to synergise Vitamin D.

Organic farming supports the planet’s eco-system – all things bright and beautiful. There has been substantial coverage about the adverse effect on the eco system as a result of the use of pesticides and indiscriminate use of pesticides.  It has to stop in order for the planet to thrive. Organic farming ensures that Nature thrives which is essential in order for wildlife to be part of what our planet offers. It is part of the legacy we leave.

Biodiversity is vital for the planet.  When you choose organic you promote organic farming and that means that our rivers and seas are not affected by the flow off land with pesticides.

It means that there are no microbeads in scrubs which have now been banned by President Obama in the USA due to the incredibly negative impact they have had on the biodiversity of the rivers, lakes and seas. This is in spite of a refusal by many major companies to withdraw products containing microbeads die to the negative financial impact it will have on their company.

Microbeads are in shower gels, face scrubs and even toothpaste.  They are not filtered by sewage systems so they flow into our rivers and seas. Fish are eating microbeads and mutating.  But guess what? We eat those fish, so we eat plastic microbeads that has potentially been in our skincare products. Is that a healthy or informed choice? Organic choice means clean oceans with a healthy and diverse ecosystem from seaweed, coral beds to the fish and mammals that are part of the world and an essential food source.

Check out Surfers against Sewage for further information.

Did you know that current estimates suggest that it may take seven to ten years to banish toxins from our body which can lead to a variety of health risks including cancer and developmental problems in children? Although the British Nutrition Foundation says organic food has no more health benefits than conventional food there has been no long term research to show what the impact of eating conventionally farmed food has on health long term. Better safe than sorry we say. However be careful and make you choose certified organic products only.

Making the choice to reduce your exposure to chemicals is simple. Given that medical evidence suggests 60% or more of what you put on your skin is absorbed into the blood stream means that this should apply to skincare too.

Research suggests that circa 42% of visits to the Doctors are due to skin irritation and so avoiding sodium laureth sulphate (used as an engine degreaser), phthalates (a hormone disruptor), and propylene glycol (found in antifreeze) would seem to be a great choice to improve your skin an give it a healthy glow.

In Spite of campaigns and regular highlighting by organisation such as Ethical Consumer Guide and the Soil Association, there is no legislation within the UK against the use of the word ‘organic’ or ‘natura’l in relation to skincare.  That means that when you purchase your ‘natural’ or ‘organic’ skincare product it may well only contain 1% or less natural or organic ingredients!  Shocking but true!

To ensure that you do get what you want in life – look for ORGANIC accreditation.  That will help to ensure that you make an informed and authentic choice.  The Soil Association symbol is a good one to look out for as it is the British standard which has been in place for over 70 years.

The World Health Organisation’s International Agency for Research declared that the outcome of their findings into the use of pesticides Lindane and DDT were linked to cancer.  They reckon that Lindane (used also in Headlice remover) is carcinogenic and specifically said that exposure to the chemical could increase the risk of non-Hodgkin lymphoma by a shocking 60%.

The agricultural use of Lindane is heavily restricted in Britain, although some reports suggest that 100 tonnes per year are used on fields and that dairy cows can pass on Lindane through their feed.  Buying cheap produce from developing countries means that there is still a greater risk of exposure.

Whilst we are on the subject, the report also stated that the insecticide DDT, dichlorodiphenyltrichloroethane, “probably causes cancer”, after finding evidence that it could increase the risk of non-Hodgkin lymphoma, testicular cancer and liver cancer.

The Nutritional Cancer Therapy Trust, a charity that helps treat its 150 patients with organic food, has noticed that breast cancer patients who follow an exclusively organic regime may have better recovery rates than those given orthodox cancer treatments.

When you choose organic food it means you won’t be consuming the standard ‘cocktail’ of chemicals, pesticides and fertilisers found in conventional farm produce.  Given that the skin absorbs around 60% of what you put on it, the same rules apply to skincare.

Imagine if food producers had to label their produce with the pesticides they had used to grow that particular fruit or vegetable. Would you still buy it?

Did you know that there are over 3,800 brands of insecticide, herbicide and fungicide approved for use in the UK. Some fruit and vegetables are sprayed as many as ten times before reaching supermarket shelves.

Scientists believe it’s the combination of pesticides that could be particularly harmful to our health. When you choose organic you reduce exposure.

In organic agriculture, the farming methods used avoid the greenhouse gases associated with the manufacture of inorganic nitrogen fertiliser.

The principles of organic agriculture specify that farming systems should be self-sufficient, as far as possible, with regard to animal feed, fertilisers and manures. Conventional farms depend on the input of synthetic nitrogen fertilizers, while stockpiled manure and slurry on livestock farms can create additional emissions and other environmental problems.

less fossil energy is used within organic systems than non-organic systems, on a per hectare and, in most cases, on a per unit of food produced basis. The lower energy use on organic farms is largely because energy inputs for industrial manufacture of fertilizers and pesticides are avoided. Going organic has to be positive.

To end on a lighter note, the fact is that if you enjoy a glass of wine then choose organic.  Organic wines don’t contain sulphur dioxide which is a heavily used preservative in conventional wines.  The good news is that this the substance that causes hangover headaches.  So the theory is that organic wines are less likely to cause you a hangover.  Don’t use this as an excuse to quaff more though! 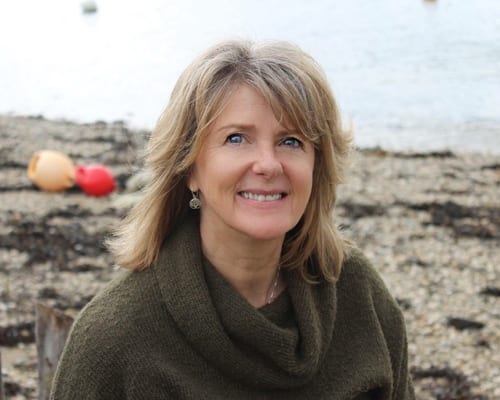 We chose from our inception, almost 20 years ago, to only use organic ingredients, believing that fundamentally this choice made a huge difference to our own personal health and to that of the planet. We were regarded as revolutionary at the time and ‘Extreme Green’, but we still believe it to have been the right choice.